10,000 Years of History Up for Sale: Fancy Your Own Irish Castle?

Southern Ireland is peppered with hundreds of historic stone castles from different time periods. While most are crumbling into the sea, Blackwater Castle has been maintained continuously for over eight centuries. Located in an idyllic wooded valley on the River Awbeg, beside the town of Castletownroche in County Cork, the Norman round tower of this ancient Irish castle was built around 1190 AD.

Today, this Irish castle represents one of the oldest habitable houses in Ireland. After having spent a few years as the single most expensive Airbnb listed in the Republic of Ireland, at €3,500 (£3,070) per night, Blackwater Castle is up for sale on Christie’s Real Estate for €2 million (approximately £1.75 million). It has also been used as a banqueting and wedding venue.

While the sale price of this Irish castle might sound like a lot of cash for what is essentially a very old building with undoubtedly huge maintenance costs, when one looks closer at the heritage associated with the site the asking price begins to dilute and the value increases rapidly. 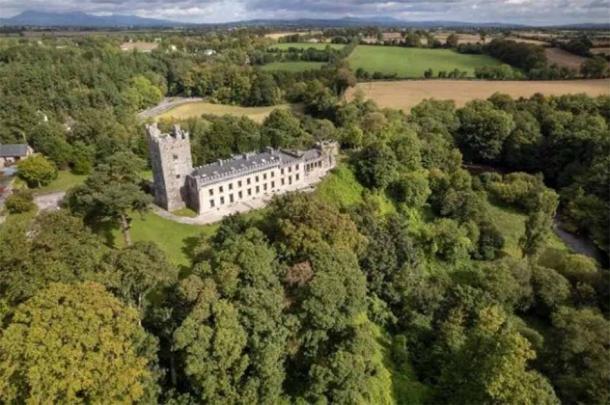 Blackwater Castle is an Irish castle which has come up for sale. ( Christie’s International Real Estate )

Irish Castle and its 10,000 Years of Human Occupation

Blackwater Castle’s official website informs that around 10,000 years ago the site on which the Irish castle was built was occupied by Mesolithic hunter-gatherers. This was made evident by the 1990s discovery of a flint scatter on the castle grounds that was dated to between 8,000 and 10,000 years old. These artifacts are now housed in the National Museum of Ireland.

Furthermore, a series of caves were identified on the south bank of the River Awbeg in the 1990s. Within them archaeologists excavated a “the jawbone of a Neolithic woman and Bronze-Age copper axes” which are all kept in the Ashmolean Museum in Oxford, England. These two discoveries suggest the site was reoccupied continually between 8,000 BC and the present day. 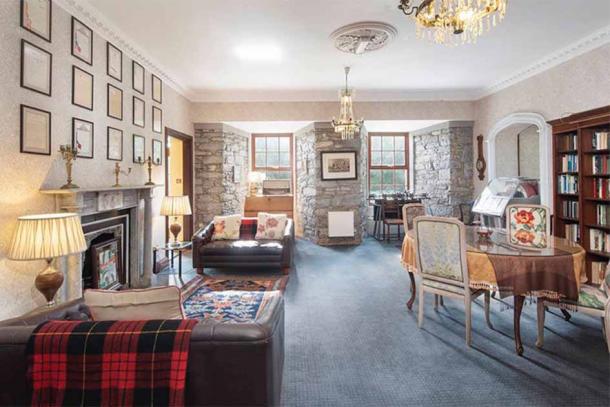 Blackwater Castle in Ireland is an Irish castle built on a site with a 10,000-year history. ( Christie’s International Real Estate )

Just like almost every historic site in Ireland, the castle website maintains the area was at one time occupied by “Druids and Chieftains.” But with almost no records existing about the druids in Ireland, how could the current owners possibly know this?

This claim is derived from the fact that between 2,500 BC and 500 BC the Bronze Age fort of Dún Cruadha was established on the current site of Blackwater Castle. Since this fort presumably had chieftains, it is assumed that they most probably consulted druids for guidance.

This particular Irish castle was founded as the seat of the FitzHugh / Roche Family who arrived in Ireland with Richard de Clare , nicknamed Strongbow, in 1170 AD. In 1580 AD, Sir Walter Raleigh captured the castle, and when Oliver Cromwell landed in Ireland in 1649 AD to re-conquer the country on the bequest of the English Parliament, Lady Ellen Roche defended the castle against his consort, Lord Broghill.

Six of Ellen’s commanding officers were brutally executed by Broghill’s men and their bodies were thrown into the river. After being imprisoned in the tower for two years, Lady Ellen Roche was herself unceremoniously hanged.

With six violent deaths it’s no wonder Spirited Isle claim her hooded ghost roams the castle along with the six murdered guards. So along with all this history the buyer of the Irish castle gets at least seven ghosts thrown in. 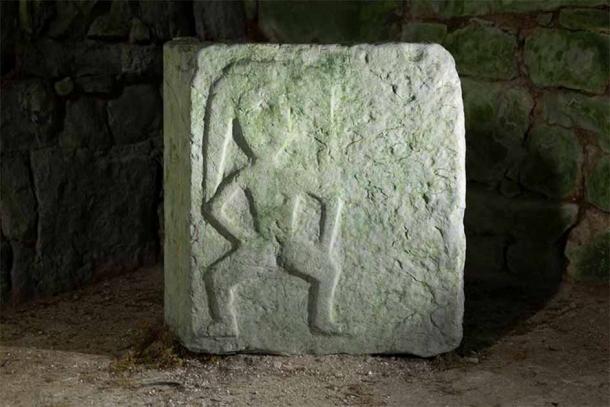 The Holywell and the Spread-Eagle Woman

Along with the wandering spirits of historic figures the Irish castle inventory also includes the Holy Well of St. Patrick. Holy Wells of Cork & Kerry says “rounds” [oat cakes] were once placed here on the saint’s feast day, 17th March, and that a stone on the well was carved with the curious figure known as a ‘Sile ní Gig (Sheela na Gig).

Sheela na Gigs are carvings illustrating women with splayed legs in the birthing position representing fertility in both women and in nature. This carved stone was lost under the Irish castle in the backwater of the river Awbeg for many centuries until in 1906 the Very Rev. Canon M. Higgins rescued it and replaced it near the Holy Well. Sheela na Gigs were also carved in the lower ground floor of the tower house at Blackwater Castle and it is thought that these possibly date from as early as the 9th century.