Fall for This Intimate Bistro Wedding in the Hudson Valley

All photos by Kathleen Whittemore

This local couple’s micro-wedding at Liberty Street Bistro was full of love and romance as it honored a lasting relationship in Newburgh.

With micro-weddings growing in popularity over the past few years, this Hudson Valley couple took it to the next level by exchanging “I dos” at Liberty Street Bistro. The Newburgh eatery is known for its American cuisine prepared with classic French cooking techniques (à la Julia Childs).

While the venue of choice may be considered unusual by some, it was selected for a good reason: this is not the couple’s first time tying the knot. Instead of throwing an opulent ceremony, they opted to honor their partnership in a cozy, intimate setting. 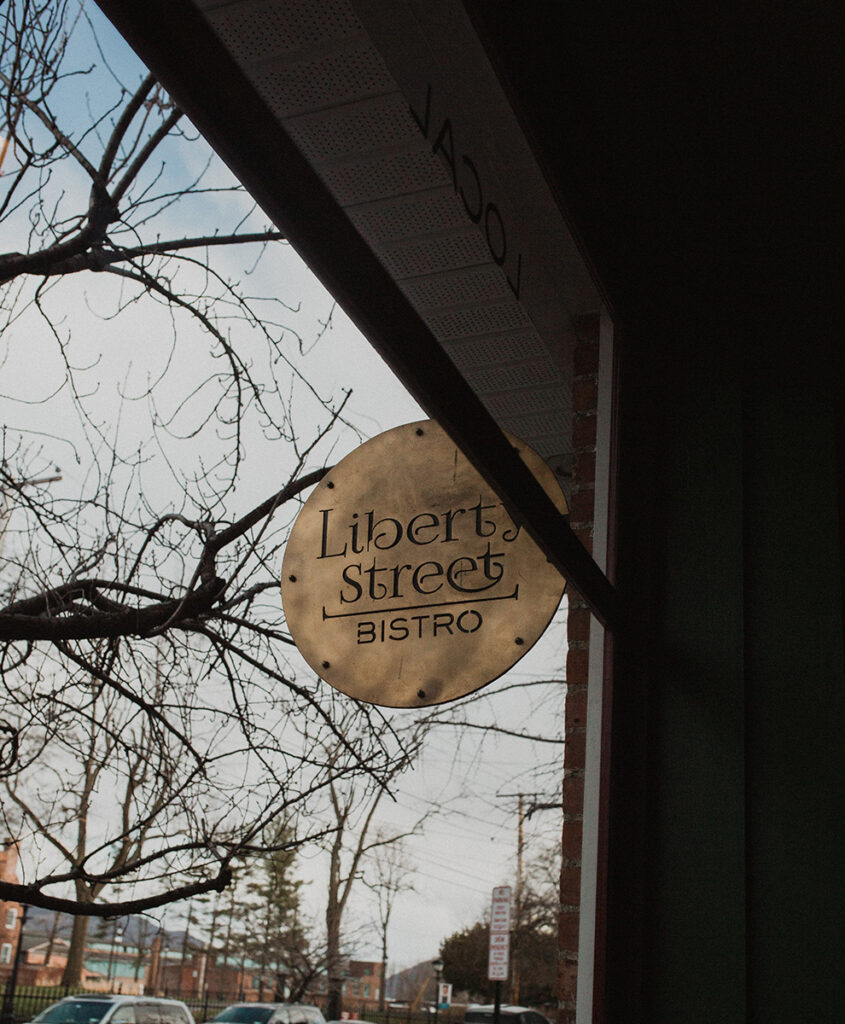 Melanie and Josh Tocco of Goshen have already been married for six years. Many couples choose to renew their vows, but in the Toccos’ case, this was an opportunity for the bride to mark a new chapter of her life.

Melanie is a life coach who specializes in guiding those who have lost a significant amount of weight through weight loss surgery. Melanie’s profession closely parallels her life—she herself has ventured through significant lifestyle changes. On the other hand, Josh has always been a theater kid and currently works as a stage designer for Broadway’s Aladdin. 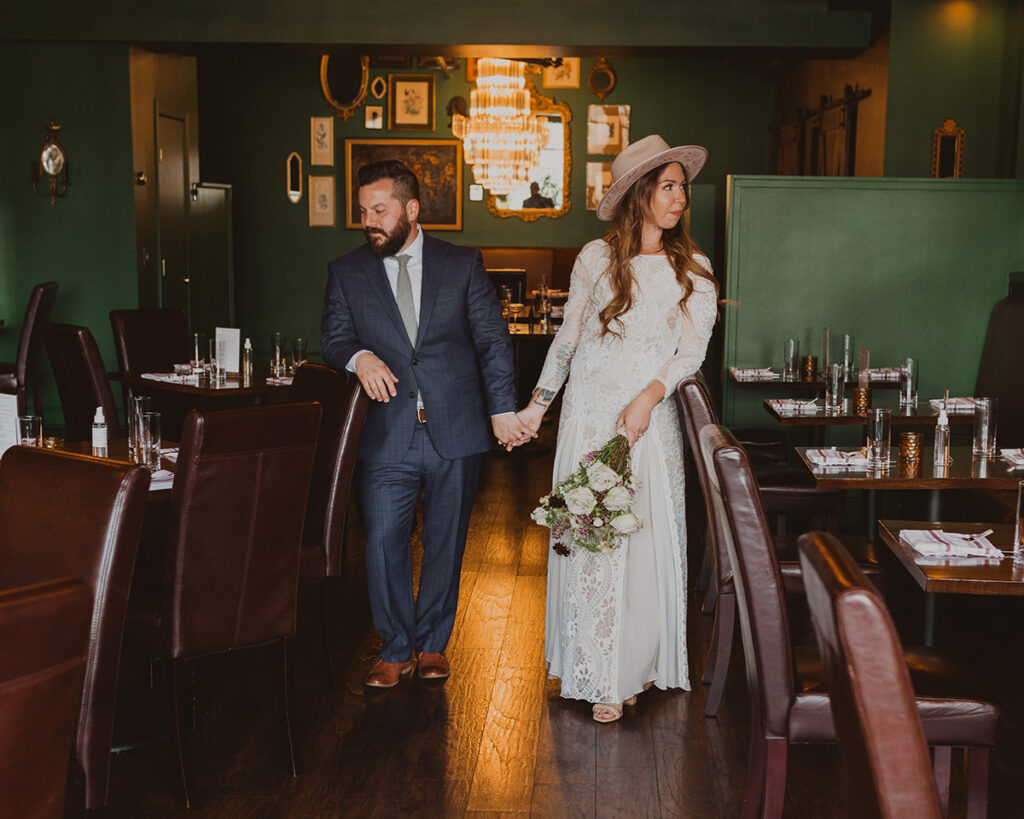 Their story began in college. Melanie dabbled in culinary arts, whereas Josh prepared for a career in the theater. They shared the same friend group and, eventually, forged their own friendship. With time, their bond deepened into something romantic.

When Josh decided their relationship was a sure thing, he popped the question. Melanie was able to commemorate the occasion by picking out her own ring. 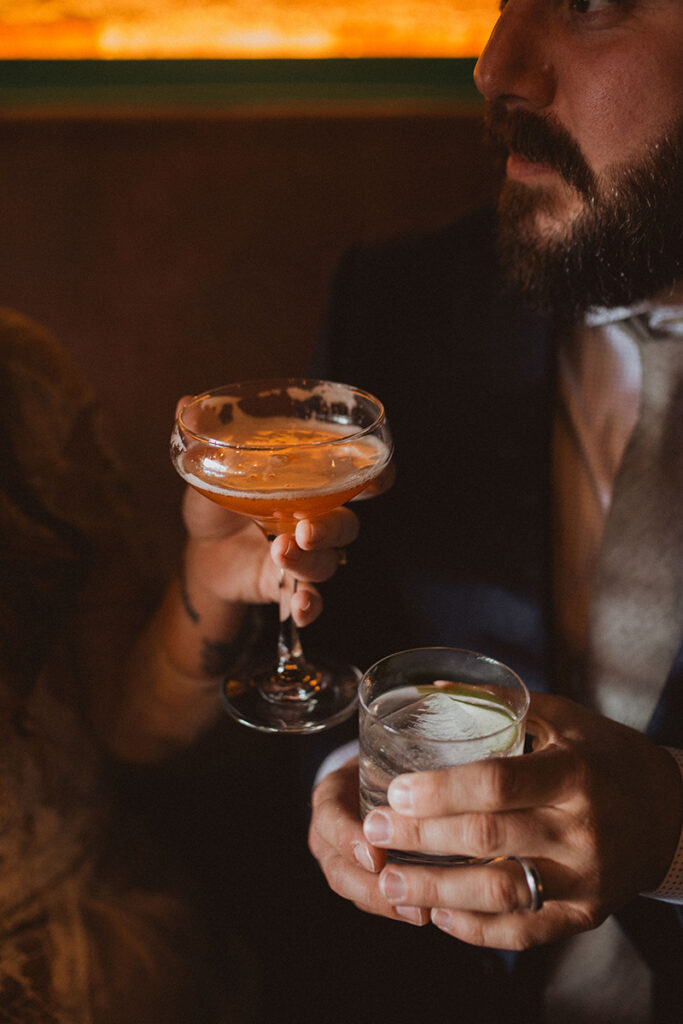 Fast forward—several years and two kids later—and the pair was ready to revitalize their love among their family and close friends. And what better venue than the charming, quaint Liberty Street Bistro? 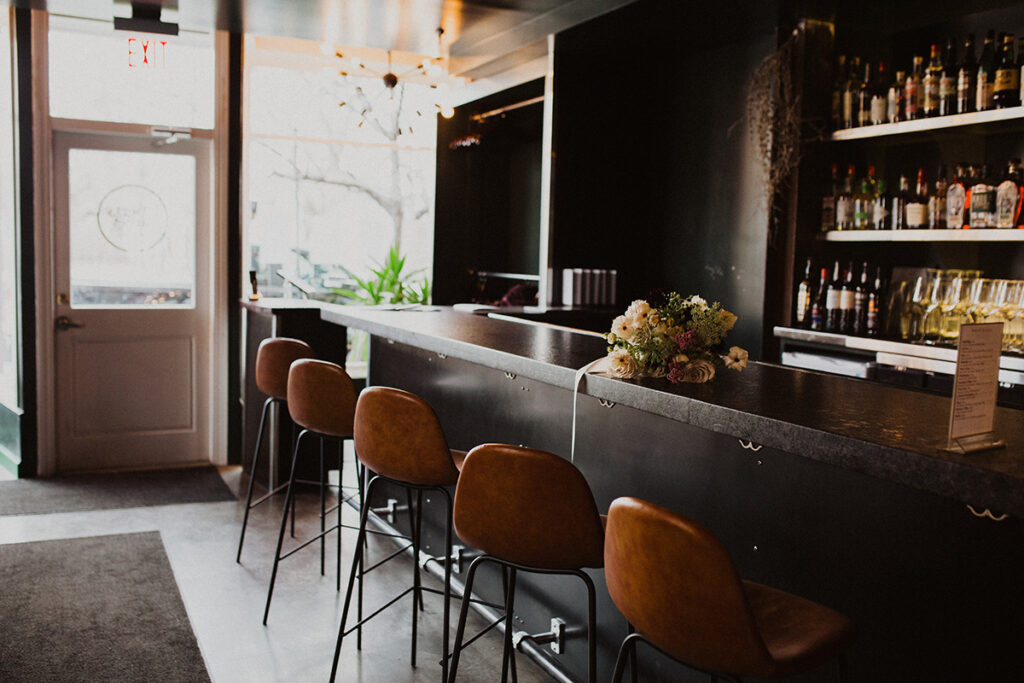 You may be wondering what is so special about this particular location. Besides the fact that it’s one of the premier restaurants in the Hudson Valley, it’s also a spot that’s greatly admired by both Melanie and Josh.

After repeatedly postponing the ceremony through the pandemic, the couple wanted a simple, smooth-sailing celebration of their mutual devotion, and a bistro wedding seemed like the perfect way to do it. They even exchanged their vows at the bar counter, allowing for an immediate celebration with toasts afterward. 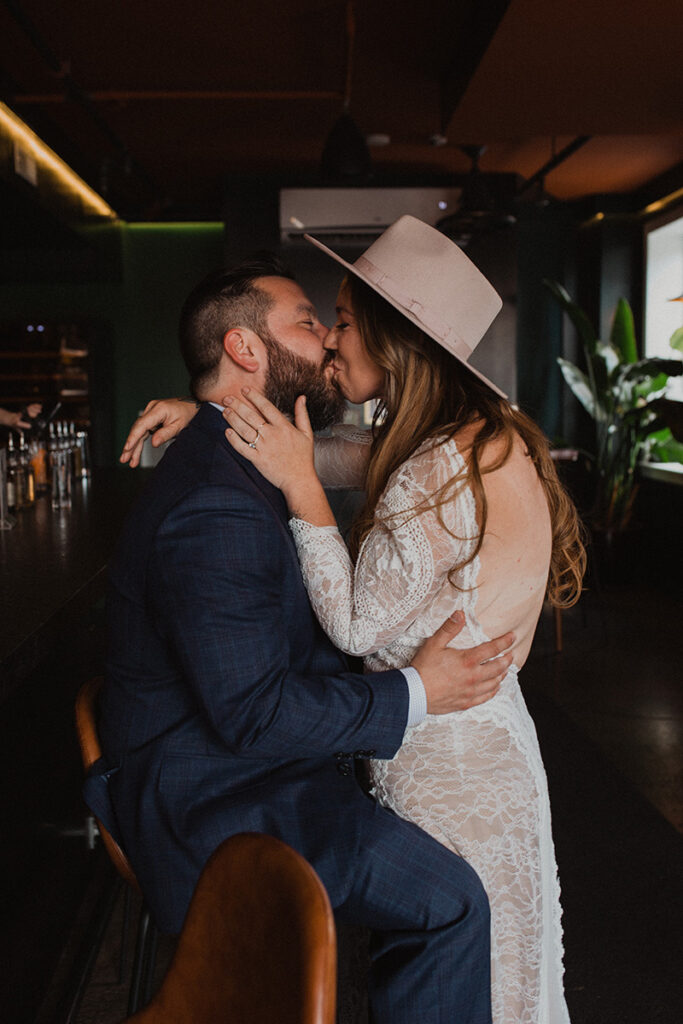 Melanie was very intentional in choosing a dress that complimented her new form. She chose a Grace Loves Lace getup that accentuates the contours of her back. She paired this with a Luna Bloom hat, artisanally crafted in Arizona with a rose gold wreath etched under the brim. Melanie completed her look with the pièce de résistance: a necklace engraved with the initials of the couple’s children. 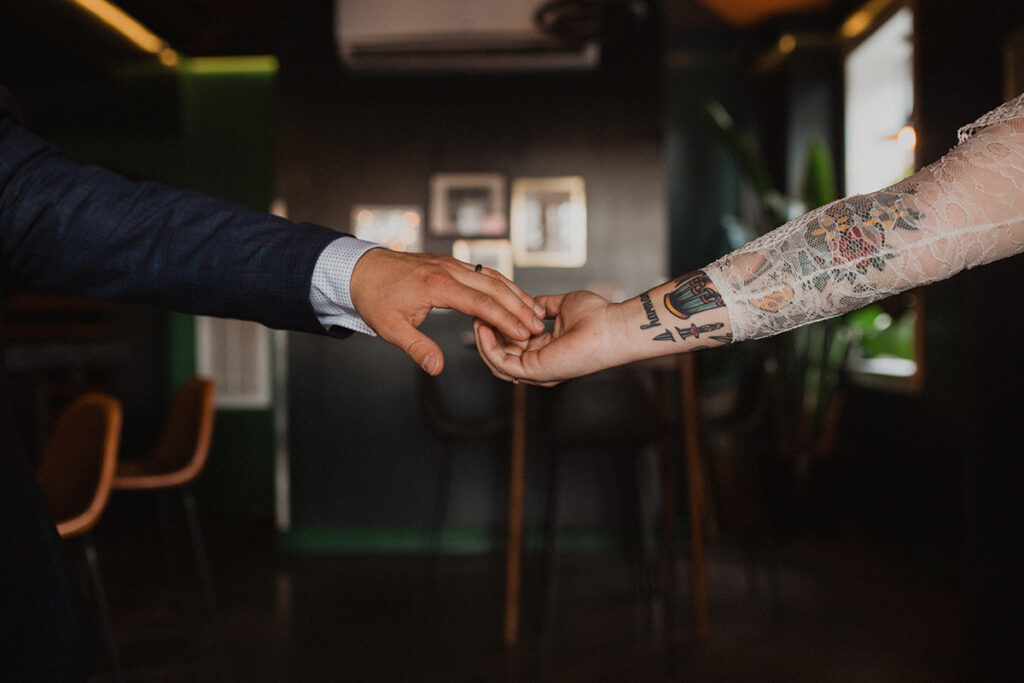