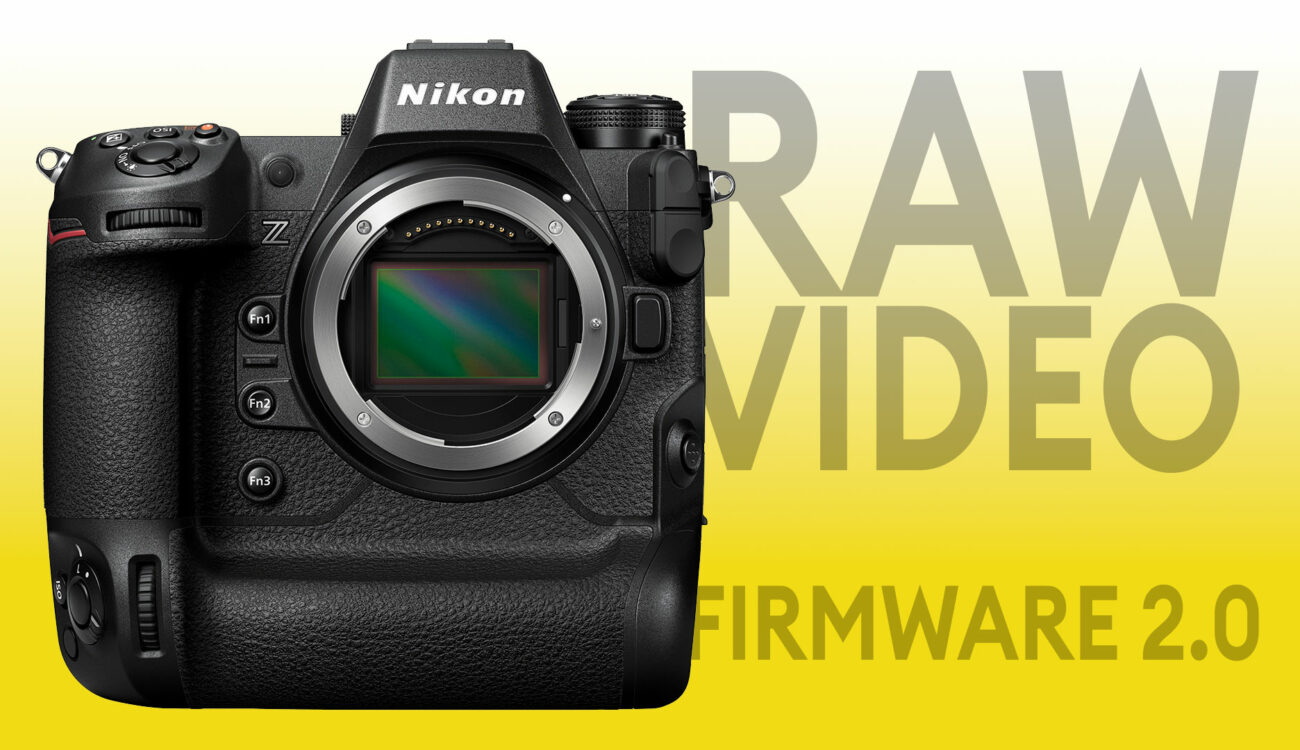 At the end of last year, Nikon finally announced its flagship camera with very impressive specs – the Nikon Z 9. You can take a look at Johnnie’s Z 9 review and Gunther’s Z 9 lab test to get the full picture of the camera’s capabilities. From the very beginning, Nikon planned to improve the camera over time with future firmware updates. Well, a major firmware update v2.0 for the Z 9 is coming very soon and Nikon just published the details. Let’s take a look, shall we?

Perhaps the most impressive new feature of the firmware v2.0 is the addition of the in-camera RAW video formats – 12-bit N-RAW video at up to 8.3K (8256×4644) 60p as well as internal 12-bit ProRes RAW HQ up to 4.1K 60p. In regards to the infamous RED patent, I am not entirely sure how Nikon managed to include internal ProRes RAW when so many other camera manufacturers needed to remove the codec from their devices, but it is definitely good news.

According to Nikon, this should improve the dynamic range and flexibility of the Z 9 for color grading. The company further claims that the new N-RAW (.NEV file) packs all the depth and detail of 12-bit RAW video into a file that’s half the size of equivalent ProRes RAW HQ files. Currently, N-RAW will be supported by EDIUS X ver.10.3.2 and DaVinci Resolve 17.4.6. For N-RAW readout in 8K, DaVinci Resolve Studio 17.4.6 is required.

Other new features of the firmware v2.0 are oversampling from 8K at 4K UHD 60p for sharper image, a new Pre-Release Capture function, enhancements to autofocus, and a variety of features that enhance ergonomics both for video and stills shooting.

Here is the full list of the videography and cinema upgrades for the Nikon Z 9:

Next, here is the full list of the still photo upgrades for the Nikon Z 9:

Finally, here is the full list of additional functionality upgrades for the Z 9:

Additionally, Nikon has announced AF performance enhancements and other improvements with firmware v1.4 for the Z 6II and Z 7II. This update will enhance the stability of the AF, preventing the focus point from unintentionally moving to the background. The ability to emulate linear focus with select lenses will also be added while manually focusing so that users can smoothly adjust the focus position as intended with an operational feeling similar to cinema lenses. This firmware update also supports the ML-L7 Remote Control (Released in September 2018).

The company also announced the development of the MC-N10 Remote Grip for Z-mount mirrorless cameras. The MC-N10 is an accessory that allows remote control of Nikon cameras via a wired connection (including still shooting). Further details, including pricing and availability, will come at a later date.

The new firmware v2.0 for the Z 9 as well as the firmware v1.4 for Z 6II and Z 7II will be available free of charge on April 20, 2022, on the Nikon support website and via the SnapBridge app soon afterward. Further details about the MC-N10 will come at a later date. The new Nikon MC-CF660G CFexpress card will be available starting in June 2022 for a suggested retail price of $729.95.

The availability of the Nikon Z 9 itself (currently priced at $5,497) is unfortunately not that great. B&H currently claims that the “supply of the Nikon Z9 is highly constrained; orders placed today will likely not ship for several months.” Hopefully, the situation will stabilize soon.

What do you think about the new Nikon Z 9 and the new firmware v2.0 improvements? Let us know in the comments section underneath the article.