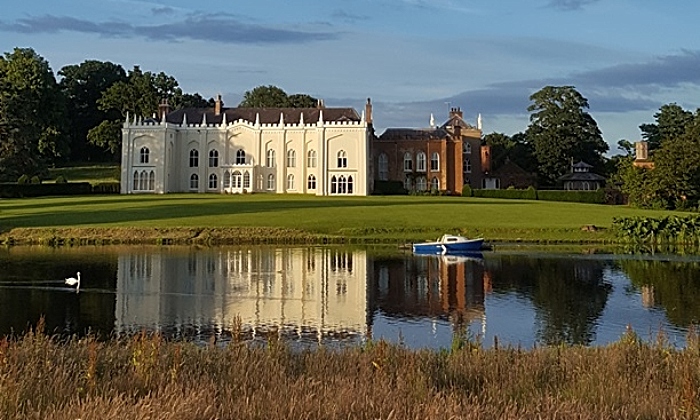 Twenty local residents have objected to plans to extend the licensing hours at Combermere Abbey Wedding Venue near Wrenbury, saying they are already disturbed by the late night noise.

The venue on Combermere Park Drive is currently licensed for events such as plays, dance performances, films, live and recorded music, as well as late night refreshment and the supply of alcohol.

Most of these are licensed until 11pm Monday to Thursday and until midnight Friday to Sunday.

Venue Catering and Events Ltd has now applied to Cheshire East Council to extend the licence to 12.30am seven days a week for most activities.

One objector, who has written to the council, said: “These hours are insulting and inconsiderate of residents in the local area where the noise already travels a significant distance in the rural area, especially at night.”

Another said: “We live 2km from the venue but are regularly kept awake at night through the summer given the excessive noise from Combermere Abbey, often on successive weekends.

“The thought of this premises being able to play loud music from 8am to past midnight every day of the week is simply excessive, unjustified, out of keeping with the rural setting and significantly detracts from local residents’ incidental enjoyment of their own property.”

Another claimed it would be “ridiculous” to allow the licence until 12.30am.

Others raised concerns about the impact of fireworks and late night music on animals.

One objector, who lives in Marbury, said: “Previous events have caused disturbance to ourselves and other nearby residents when loud, persistent music can be heard throughout the evening and night.

“There are also many occasions when massive, noisy firework displays have taken place – these frighten and harm the wildlife in the area and cause our own animals and pets extreme distress.

“No business should have the right to have this impact on residents and wildlife for its own financial benefit.”

The application will be considered by Cheshire East’s Licensing Act Sub-Committee on Tuesday, May 17 at 2pm at the council’s Westfields HQ at Sandbach.