A NUMBER of Bradford businesses were recognised for ‘their excellent services to the British Asian wedding industry’ at a prestigious awards ceremony last night.

Business owners from across the country gathered at The Holiday Inn hotel, Bolton, to celebrate Britain’s Asian Wedding venues, where they were recognised and awarded for their ‘gold standard of work in the British Asian Wedding industry.

But despite being a nationwide event, Bradford-based businesses made up a large chunk of the nominees with 13 of our own being selected as finalists.

Raj Parmar who owns Regency Hall, on East Parade, spoke of his “shock” when it was announced that he had won the Banqueting Suite of the Year award. 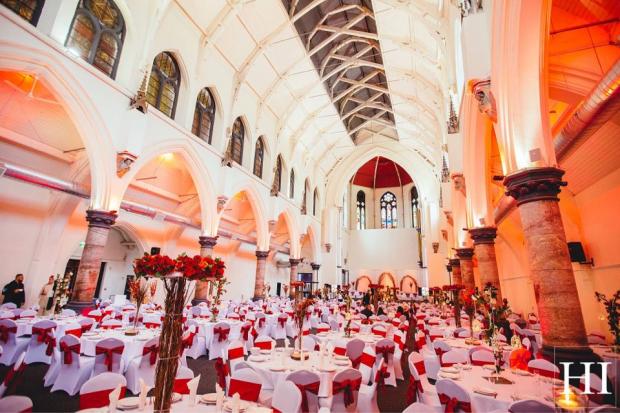 He said: “I just couldn’t believe it when they announced my name. I’m just really grateful.

“Comparatively to other venues I’m the new kid on the block, and to be recognised for the hard work and effort is completely humbling and I’m completely honoured.” 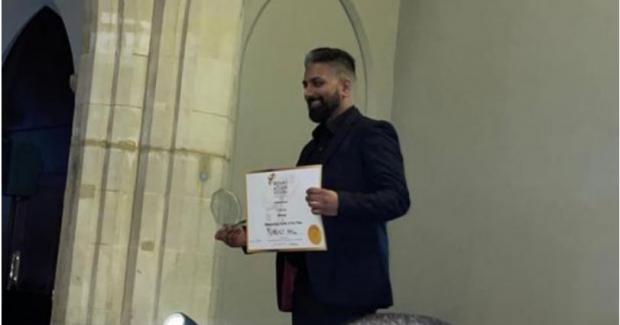 Raj getting his award

“It’s got a unique character, it used to be a church, it’s a grade II listed building and we’ve kept a lot of its original features. I know a lot of Bradford venues have their charm but I think Regency Hall stands in its own category and I think that’s probably why we won.”

Raj went on to explain how he has only been running as a fully functioning business for around two-and-a-half years due to Covid, but he is already in the process of expanding the venue and has recently acquired planning permission for a disused cinema next door.

Other venues such as The Great Victoria Hotel also struck success at the prestigious ceremony.

A spokesperson for Britain’s Asian Wedding Awards 2022 said: “The winners represent the gold standard of the Britain’s Asian wedding industry. The awards celebrated those who work tirelessly to meet the demands of the couples and their guests.

“These champions are tried and tested specialists that know how to create a stress-free wedding experience, keeping the romance in the air. We would like to congratulate all finalists and winners for their amazing achievements.”