When Jack Tran and Dani Nguyen got their marriage licence in June, they intended to host a small five-person wedding in the summer. But when the City of Toronto entered Step 3 of reopening on July 16, Tran and Nguyen opted instead for a slightly larger affair that their closest friends and family could attend.

“As lockdown measures eased, so did our reservations about having just a tiny wedding,” Tran said.

When they reached out to venues and wedding planners to book a date before their licence expired in mid-September, they were surprised to hear that vendors were already booked up. 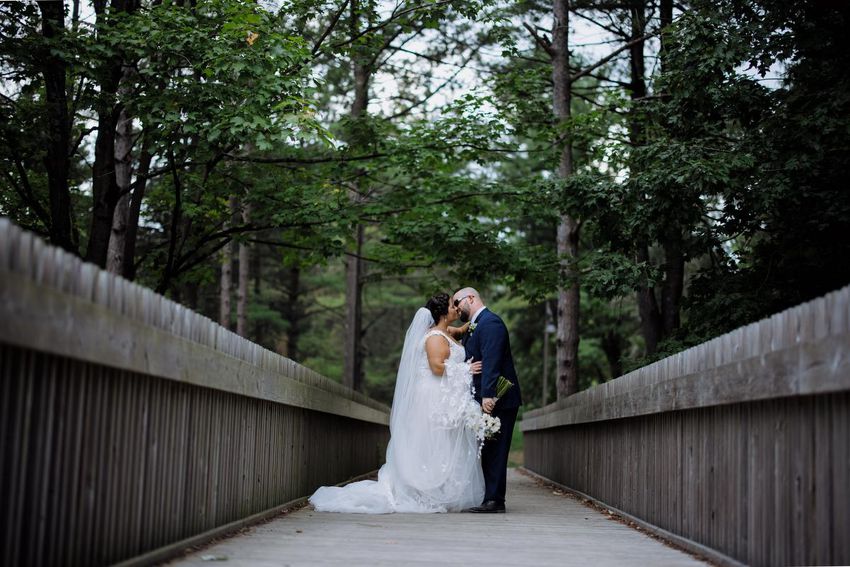 “We really misjudged the amount of weddings happening at the time,” Tran explained. “We could barely find planners willing to talk to us to make our wedding happen on such a short timetable.” They contacted about seven planners and vendors before Toronto Micro Weddings took them on and organized their Aug. 28 wedding at Suite Studios, a heritage loft space downtown, in just two weeks’ time.

Nguyen and Tran are one of many couples who have been getting hitched since the latest stage of reopening happened in mid-July. With vaccination numbers rising and event capacities increasing, couples are eager to wed before a presumed fourth wave arrives — along with the chillier temperatures of fall and winter making outdoor celebrations more difficult.

“Everyone in the wedding industry is getting slammed with bookings,” said event and wedding planner Rebecca Chan. “Couples are feeling like they don’t know what next week is going to bring, or the next month. So they’re thinking, ‘If we can get our act together to plan something now and get it done, I’d rather get married now.’” At Chan’s company, which normally executes one or two weddings a week, they’re now overseeing three or four in the same period. 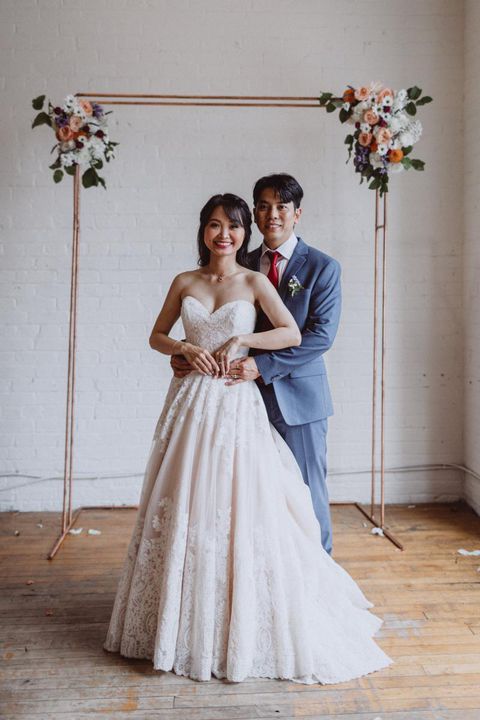 “We’ve never had so many weddings booked at the same time before,” she said.

Couples that were forced to rebook dates from earlier in the pandemic are now seeing their long-planned weddings finally come to fruition, further adding to the demand at this time.

That was the case for Sonia and William Botic, who got married on Aug. 22 at the McMichael gallery in Kleinburg. They were able to host an outdoor ceremony for 100 people, down from their original guest list of 250, followed by a reception and dinner for 80 at the nearby Villaggio Ristorante.

As the couple went through two rounds of rescheduling and three different visions for their wedding, including creating guest lists of 100, 75, 50 and 25 people to accommodate further restrictions, Sonia said she felt “excited and relieved” to have her wedding take place. “A huge weight was lifted off our shoulders,” she said.

Angela Poletto, the manager of sales and community engagement at the McMichael, said that some restrictions and safety measures are still in place during weddings. “We do ask our couples, once they’ve confirmed their final numbers, to send us a list of their guests for contact tracing,” Poletto said.

Surfaces are being wiped down more regularly. At the Botics’ wedding, they had wipes and hand sanitizer available at stations just like the guest book. While masks aren’t mandatory, the McMichael encourages masking when not eating or drinking. But, as Poletto explained, “we don’t police, we monitor.”

“We don’t have staff that walk around with rulers.” For the Botics, they decided dancing would take place on Villaggio’s outdoor patio, instead of indoors, to make guests feel more comfortable.

There are some couples who are still opting to hold out until the pandemic is long behind us, according to Chan. That may be because the bulk of their guest list is flying in from overseas.

Chan also said that some couples may be tied down to large, non-refundable deposits for weddings with high guest counts and are waiting until all restrictions are lifted. But for those eager to get last-minute weddings booked before the cooler weather rolls in, Chan encourages couples to be flexible and keep an open mind.

“Chances are that your preferred vendors and dates are not going to be available,” said Chan, who has hosted weddings on Mondays and Thursdays for clients. Your wedding itinerary might look a little bit different too. Booking for a morning or midday ceremony could lead to better, and sooner, availability with vendors and venues.

If you do manage to book your big day these next few weeks and months, Chan pleads with couples to go easy on overworked wedding industry staff and vendors.

“Be gracious with the people that you’ve booked,” Chan said. “People who are in the wedding industry are in it because they love what they do. They’re committed to helping people celebrate and they’re usually people with big hearts. But with that comes being overworked sometimes.”

Andrea Yu is a Toronto-based writer and a freelance contributor for the Star. Reach her via email: hello@andreayu.ca

Anyone can read Conversations, but to contribute, you should be registered Torstar account holder. If you do not yet have a Torstar account, you can create one now (it is free)

Conversations are opinions of our readers and are subject to the Code of Conduct. The Star does not endorse these opinions.