A THRIFTY couple managed to get married AND buy a house within the same month – after spending just €7,000 on their dream wedding.

Lauren Kennedy and fiance Adam Kennedy got engaged in Dun Laoghaire, Dublin in November 2019 and started to plan their wedding straight away.

The average cost of an Irish wedding is now approximately €30,000 but Lauren had no intention of spending that amount on her dream day.

She said: “I always knew I wanted a small wedding, so we didn’t want to have a big extravagant wedding. I don’t really like to be the centre of attention so I just wanted close family and friends.

“We both agreed we didn’t want to get into any debt for one day, because we just couldn’t justify it and there were other things we wanted to spend our money on.

“We had just bought a house the month before our wedding and we wanted to do that up.” 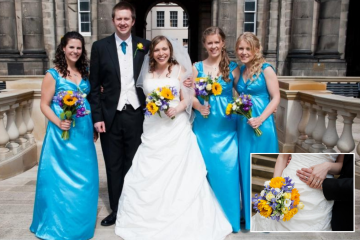 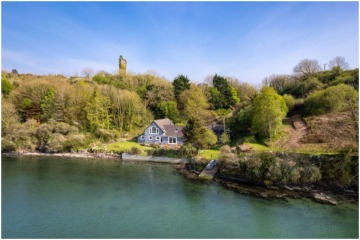 The couple tied the knot in a stunning ceremony at Glenariff Forest Park in July 2021, with 60 guests.

Incredibly, the savvy pair managed to shave off approximately €17,000 from their wedding day costs by opting for a small restaurant wedding, rather than a fancy hotel reception.

Lauren, from Belfast, said: “My husband and I fell in love with the stunning surroundings of the Glenariff Forest Park in Northern Ireland and knew we wanted to get married there.”

After some research, she found a quaint restaurant in Forest Park which cost just €1500 to rent for the day.

Most read in The Irish Sun

“We talked to the owner and he said, it’s not a wedding venue but he had done it before and that we could have our wedding there. It was right near the waterfall so it was perfect.

“We didn’t even really have a venue cost, it was just for the food and drinks. When you go to see big venues, everything adds up really quickly, but we knew exactly what we were paying for.”

Lauren and Adam also managed to save thousands by buying her wedding dress from the sale rack – for just €469.

She said: “You would be surprised with the beautiful dresses on sale, and they can save you a lot of money. It just happened that the one dress I fell in love with, was on sale. With the money I saved, I actually bought a second dress for the evening.”

By renting suits for Adam and the groomsmen, the couple also saved a massive chunk of change.

Lauren was able to save hundreds more by booking an up and coming florist.

She said: “I was the first-ever bride to book her [the florist], and therefore she gave me a discount.”

For decorations, Lauren said she did much of the design herself, making a willow arch, and a DIY photobooth herself.

And luckily, they were friends with a photographer who offered their services for free.

“We were going to book him regardless, because he’s really talented but we are very lucky that he did it as a wedding present for us. So whatever money we saved on him, we were able to spend it elsewhere.”

Lauren said by making massive savings on bigger vendors, the couple were able to prioritise on things like her wedding ring, and the entertainment budget.

“My husband had come across the DJ so he really wanted to go with them, who were a bit more expensive. By saving elsewhere we were able to do that.”

Food and drink can often be the biggest expense of the day, but Lauren said by doing DIY snacks in the evening and a smaller wedding cake, they saved hundreds of euro.

She also made her own Limoncello shots as favours, saving a fortune.

She said: “We were supposed to have a buffet but because of Covid, I actually just made party bags with crisps and snacks for the evening, and for the cake, we had a one-tier wedding cake with 100 mini cupcakes. “

When it was all over, Lauren said she sold most of her decor and wedding accessories to other brides, with the exception of her wedding dress.

She said: “I was able to sell everything I bought to other brides. I didn’t sell it for the same money that I spent, but I did make some money back.” 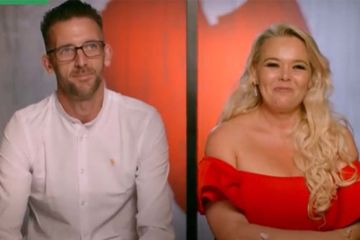 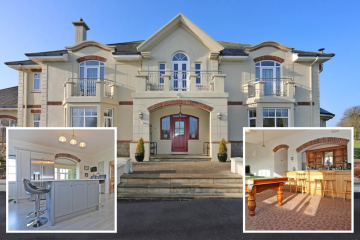 Lauren has teamed up with leading luxury diamond brand, Diamonds Factory Ireland to share her top tips on how to save on a wedding.

She also shares her tips on her own Instagram handle, @bridalblog_.