Weddings at Lismore? I do! Plan to host ceremonies in historic Helston gardens

Wedding prospects in Helston just got a whole lot more exciting with the news that one of the town’s most historic and picturesque properties has applied to host civil ceremonies.

For Flora Day lovers in particular Lismore Gardens could present the dream venue and now all that stands between that and becoming a reality is the signing off of plans submitted this week.

The gardens have been a popular spot over the years for couples to get engaged in – not least this year, when Bobby Huse got down on one knee to now fiancée Amy Wakeham during the break of the Midday Dance.

In the future, however, couples may be able to go one further and actually say ‘I do’ in the grounds.

New owners Sarah and Adam Corbridge, who bought the property from former owner of 27 years, Michael Jay, last November, have applied to Cornwall Cornwall for mixed use of the property at 1 Cross Street as both a house and occasional use for the holding of civil wedding ceremonies.

The couple, who are well known in the town for owning Wearnes Jewellers in Helston and Falmouth, which was founded in 1869 by Sarah’s family – who can be linked back to Henry Trengrouse – have previously spoken of their desire to open up the gardens to the community even more, in addition to the traditional honour of hosting a number of dances on Flora Day.

The intention is for ceremonies to largely take place in a marquee sited within the famous gardens, although in extreme weather conditions the ground floor drawing room, accessed from the gardens via the conservatory, could be used to hold the ceremony.

It is anticipated that between six and 15 ceremonies might be held each year.

Details accompanying the application state: “The bridal party will arrive at the front of the property, where there is a parking area for about ten vehicles. Guests will make their way by foot through the grounds to the rear garden area. 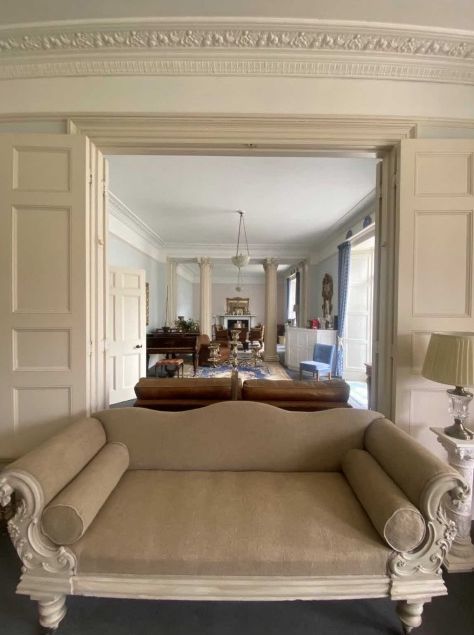 The drawing room where weddings could be held in extreme weather Picture: Lismore/Cornwall Council

“There is a history of Lismore being used for private, and ‘quasi-public’ functions over many years. In particular, the gardens have traditionally been opened for access to dancers, and the general public, annually on May 8 in connection with the town’s Flora Day celebrations.

“In addition, various other events have been held, including the ‘Proms in the Park’, when the Helston Town Band, together with guest artists, have performed for the public, and other private parties.

“Recently, the applicants invited the Helston and Lizard Inner Wheel Club to hold a luncheon in the grounds of the property to commemorate the Platinum Jubilee of Her Majesty the Queen Elizabeth, and to raise funds in aid of charity.”

The weddings, it is stated, would help pay for the upkeep of the Grade II listed building, which was built in around 1810 and extended in the 1840s.

“The applicants have recently purchased the premises, and intend to keep it well maintained in its current form. However, for many years the premises has received little attention, and it is clear that in order to keep the dwelling (and its grounds) in good condition significant sums need to be spent on the continuing repairs/maintenance of the premises.

“The current application is seen as a way to secure finance to enable such repairs/maintenance to be undertaken,” adds the application. 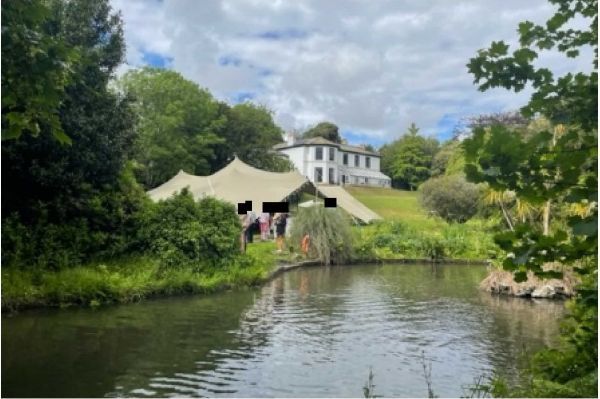 The weddings would largely be held in a marquee in the grounds Picture: Lismore/Cornwall Council

The plans would involve no physical alterations or works to the building or grounds.

The application goes on to point out that Lismore is located directly opposite Great Office in Cross Street, where a number of civil wedding ceremonies were held prior to its change of use in 2014, and that unlike that building – and the town’s Methodist church and nearby parish church of St Michael’s, where weddings are regularly held – the property has the advantage of some parking available.

Ceremonies are expected to be held between noon and 3pm, and if a reception was to be held afterwards this would take place in the gardens, with a stipulation that no loud music would be played, and the event would be finished before 11pm.

Cornwall Council still has to make a decision on the application before the plans can go ahead.