Shah Rukh Khan has been keeping a low profile with his public appearances lately. The latest case in point was Karan Johar’s big birthday bash which took place last week. Wile Shah Rukh Khan attended the party, he made a secret appearance as he did not pose for the paparazzi like the other celebs. Soon after, the superstar also made sure to attend his close friend and co-worker Bella Mulchandani’s wedding in Mumbai. Bella, who reportedly works for SRK’s Red Chillies Entertainment, got married last week and SRK graced the occasion with his presence.

SRK’s visit to the wedding was also kept under the radar, but thanks to social media, we got our hands on some glimpses of SRK from the wedding. The Pathaan actor also spoke a few words for the bride and revealed that she is one of his oldest friends. In a video, shared by the wedding videography team on The Con Artists’ Instagram Page, SRK said, “Bella is one of my oldest oldest, not in terms of age, but my friends, co-workers. Been with me for many years. The sweetest thing about her is that she has taken care of me. So from my heart, I feel that, Rahul will take care of her, the way she has taken care of all of us.”

SRK also posed with the couple as well as with the wedding guests as he charmed everyone with his presence. Wearing an all black suit, needless to say that SRK looked dapper as always.

Take a look at Shah Rukh Khan’s photos from his friend’s wedding: 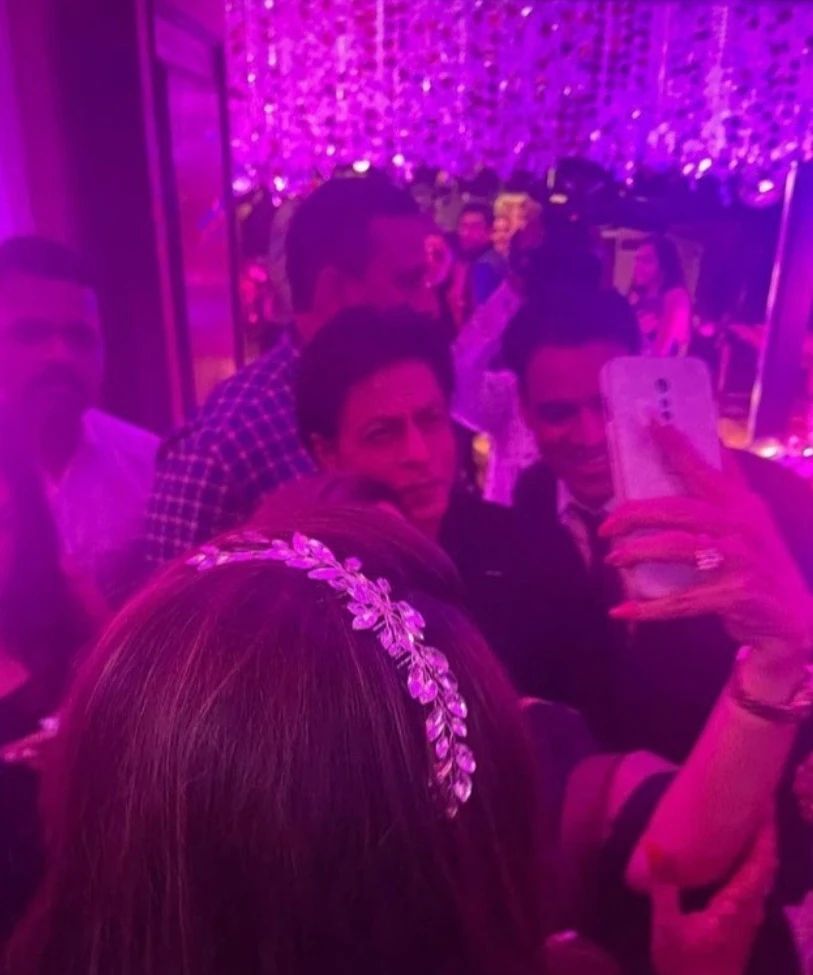 Click here to watch SRK’s sweet words for his friend.

Shah Rukh Khan has a packed schedule with Pathaan which also stars Deepika Padukone and John Abraham. Alongside, he is also juggling films such as Dunki with Rajkumar Hirani and Atlee’s actioner which will soon be making an exciting announcement.